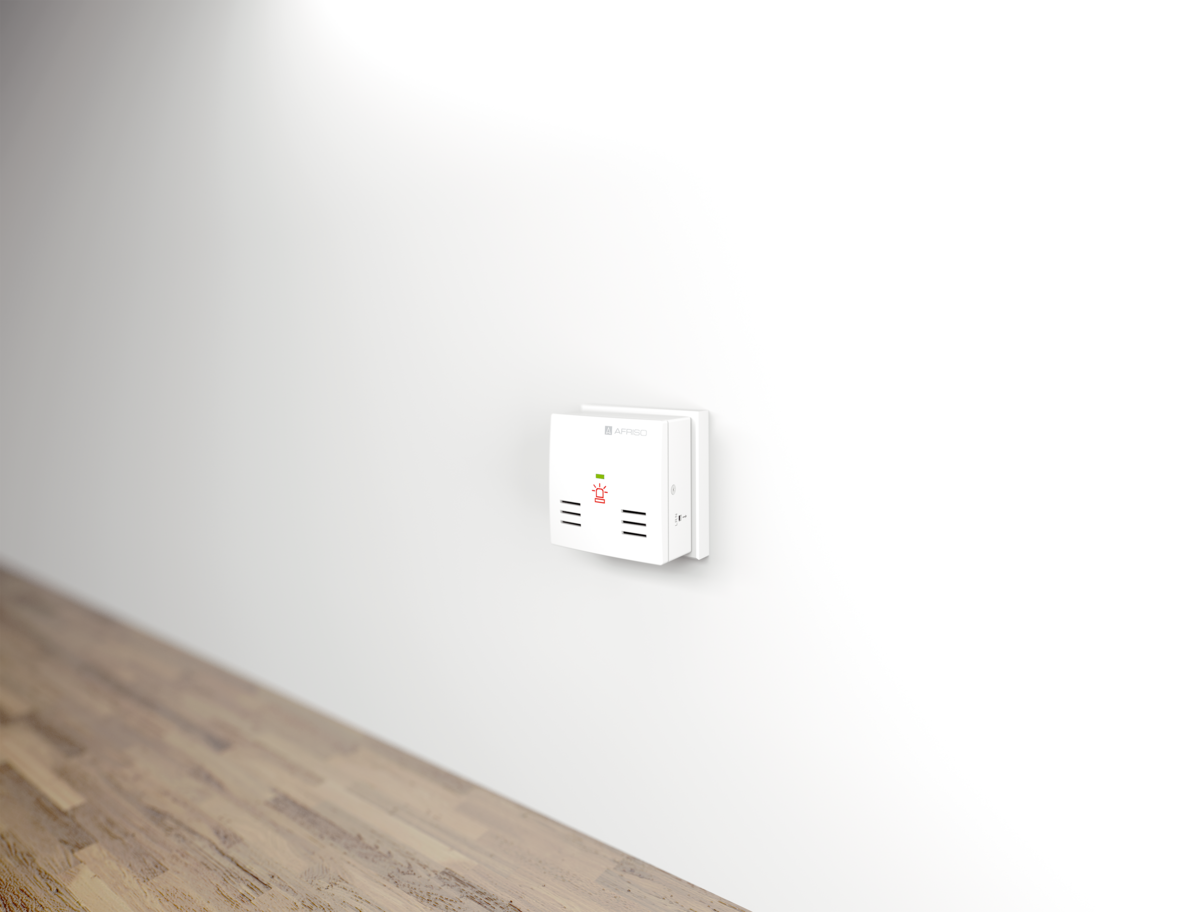 Alarm siren as a stand-alone solution for EnOcean® wireless products. You can establish wireless connections between up to 20 EnOcean® wireless smart home devices and the siren. AIS 10 PRO allows you to create a modular alarm system with or without a gateway or a mobile device.

The indoor siren AIS 10 PRO allows for versatile use in building technology applications. As a mains plug version, you can plug it into any power outlet and the siren is ready for operation. Up to 20 smart home sensors can be connected to the siren via EnOcean® wireless. This includes, among others, door and window contacts, water sensors, smoke alarms, switches, universal wireless transmitters, window handles, AFRISO WATCHDOG-LINE alarm units and additional AFRISO AIS 10 PRO series indoor sirens for alarm on additional floors. If one of the connected EnOcean® devices responds, a radio signal is sent to the indoor siren. The alarm signals from the corresponding sensor are repeated at intervals of one second to ensure reliable transmission. The indoor siren AIS 10 PRO emits a loud alarm tone and the LED lights red.

The following alarm scenarios can be distinguished: