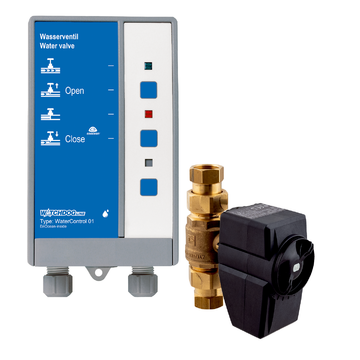 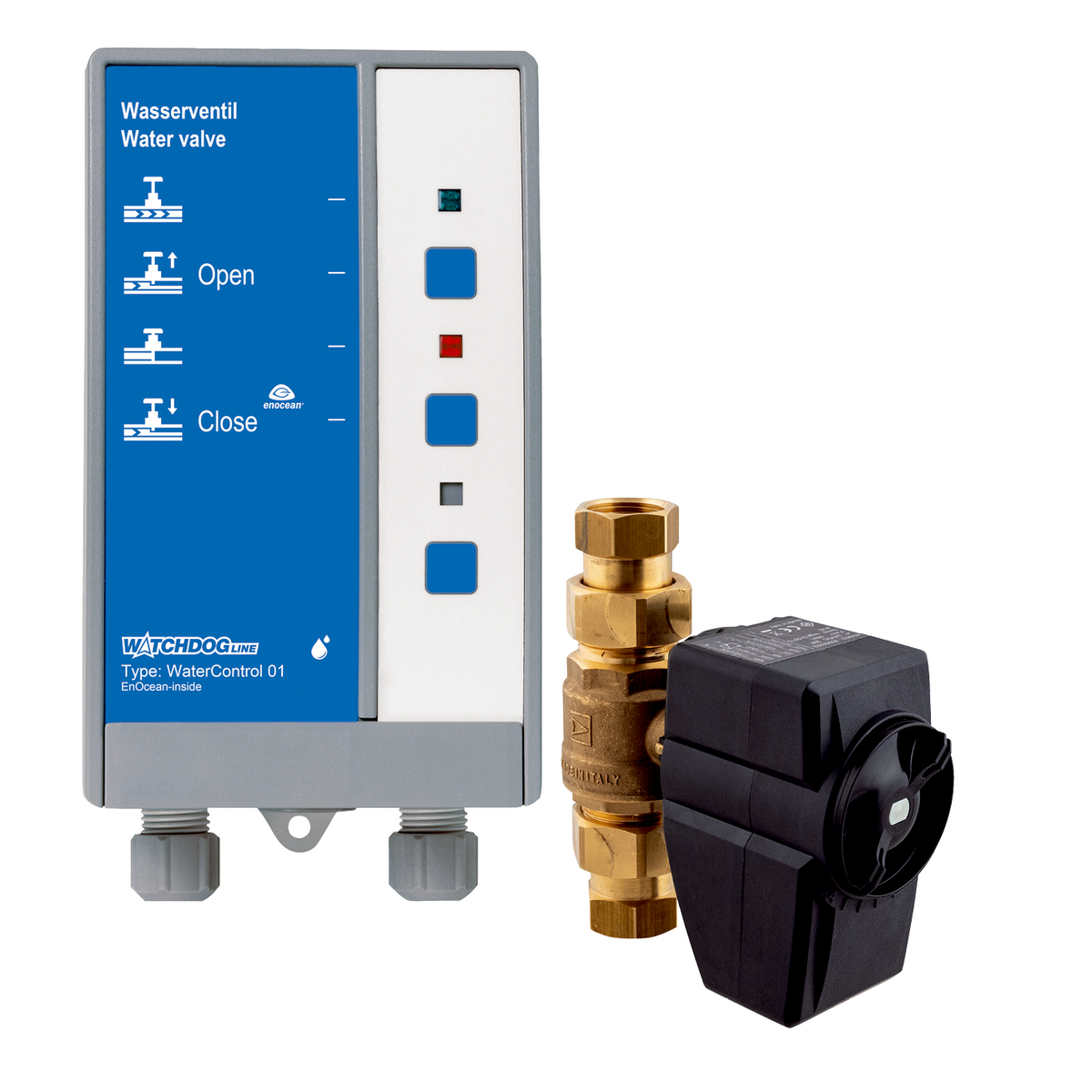 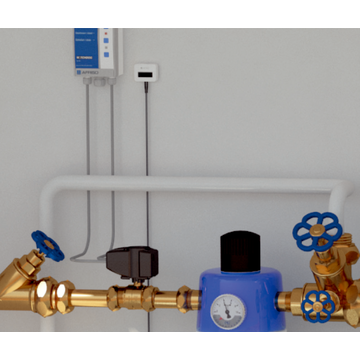 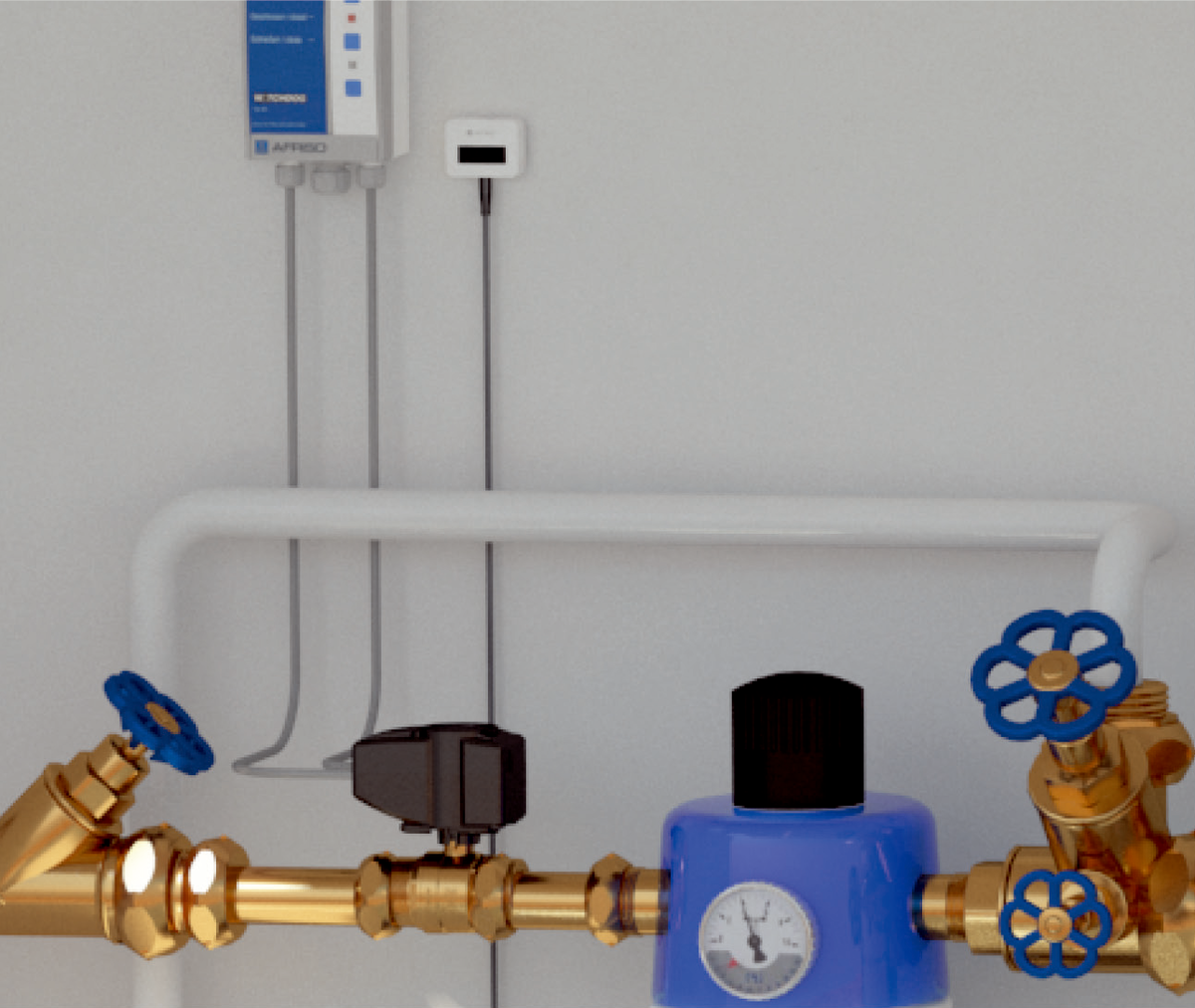 For manually or remotely controlled closing and opening of a water pipe in buildings in response to an event message from the water sensors WaterSensor eco, con or BWS.

Opening/closing the shut-off valve mechanically via the operating handle

Opening/closing the shut-off valve via AFRISOhome gateway and smartphone

The control unit has a permanent wireless connection to the water sensors WaterSensor eco or WaterSensor con or WaterSensor BWS and/or the AFRISOhome gateway. An event message is triggered if the water sensors detect a leak, e.g. caused by a defective household appliance or a water pipe burst. WaterControl 01.1 can be used, for example, to shut off the water pipe to keep further water from escaping. The AFRISOhome gateway transmits alarm messages and state transition messages via WLAN to the person in charge (for example, to the owner, the facility manager, the janitor or other configured contacts).