Engineering the circulation for modern stratified hygienic storage tanks can be quite a challenge. For example, the service water connections to the water heaters are frequently inefficient or incorrect or important parts are simply "forgotten". In many cases, the circulation line of stratified storage tanks is connected to the cold water inlet of the drinking water heater so that hot water gets into the cooler area of the stratified storage tank - only to be heated up again in the upper thermal layers. The consequence: The storage medium is evenly heated which destroys the important thermal layering. The energy density in the upper thermal layers is lost - in the most adverse case, the function of a solar system is prevented or extremely limited in the transition period. 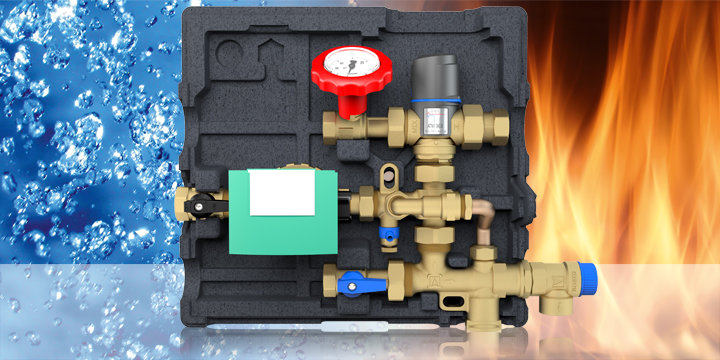 The new AFRISO WZS 100 hot water circulation system was designed for easy connection and integration of modern stratified storage tanks (solar, hot water, hygienic or combination storage tanks) with internal or external circulation. The compact assembly consists of a thermostatic mixing valve with scald protection, a circulation pump as well as all functional components such as shut-off valves, variable safety group assembly, backflow preventers and connection parts as per DIN 1988.

The hydraulic separation of the flow paths ensures correct operation of the circulation pump since it has to overcome only one backflow preventer in any operating condition and thus reliably avoids mixing of the cold water inlet in the circulation path. The system WZS 100 is suitable for temperatures of the medium of up to 95 °C and a system pressure of up to 10 bar at a flow of 1.6 m³/h. An integrated adjustable and sealable mixing valve (35 °C to 60 °C) helps to avoid scalding at the taps. The new hydraulic assembly WZS 100 provides for professional implementation of a service water circulation connection to an energy storage tank (hot water tank/stratified storage tank) which is operated at temperatures higher than 60 °C either permanently or temporarily. 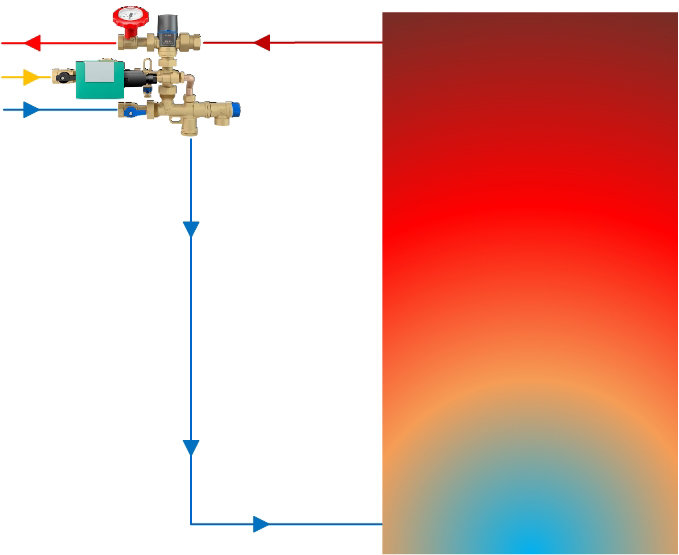 The hydraulic assembly is suitable for stratified hygienic storage tanks and bivalent service water tanks and can also be used in existing systems (for example, hot water tanks with wood-, gas- or oil-fired boiler). In such cases, controlled circulation to meet actual demands also results in high energy savings. The new hot water circulation system is primarily geared towards single-family and two-family houses and is generally suitable in conjunction with renewable energies in building technology.